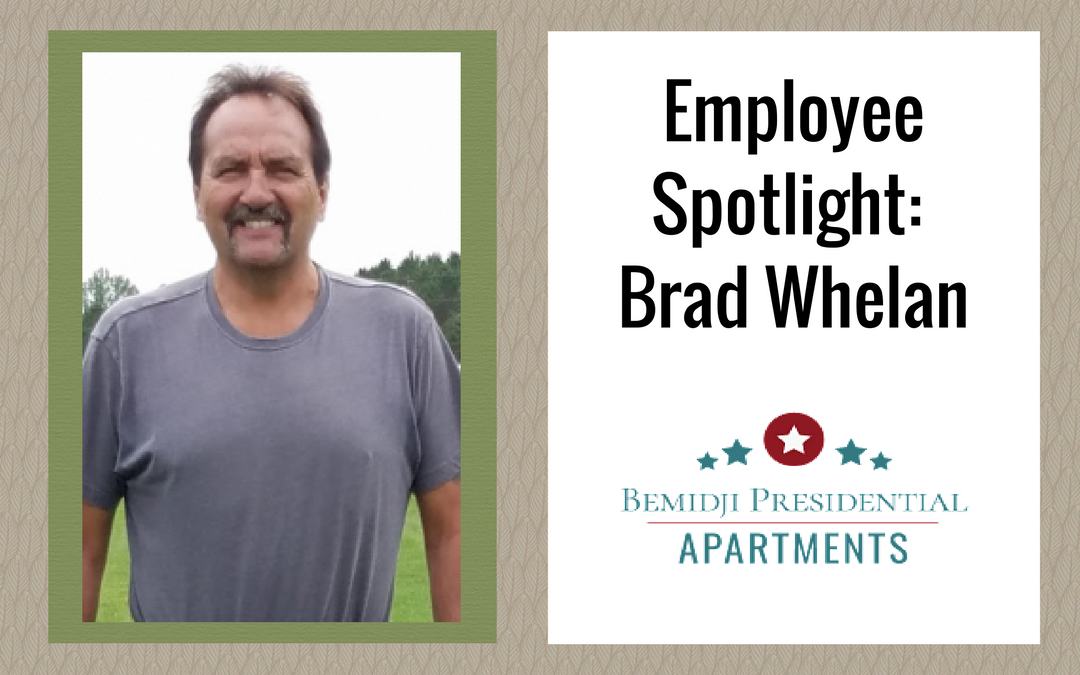 At Bemidji Presidential Apartments, we want the residents in our apartments to have the best living experience possible. To accomplish this, we’ve created a great team to support and provide for our residents.

Landlord Brad Whelan has been a part of the apartment complex since it began. Brad was born in Kalispell, Montana, moved to Bemidji in 1963, and has been here, as he says, “pretty much here ever since—other than my time in the U.S. ARMY and a little time in Grand Forks North Dakota selling cars.” When he returned to Bemidji, he began buying and selling lumber for Bob Whelan before moving on to apartment management.

Brad says his favorite part of his job is the people. He says he enjoys seeing different kinds of people chasing their dreams. Brad says the questions he gets asked most often about Bemidji Apartments are is it quiet and whether the apartments are in good condition.

When asked what he likes about working at Whelan Properties, Brad said, “I like it mostly because I watched it all from the first building to the last and know all of the buildings inside and out —which I believe is the most important thing to know in this business.”

Working as a landlord, Brad hears many different requests, complaints, and concerns from residents. The best advice that Brad says he can give to residents is to always keep the staff informed of any needs or problems.